At the beginning of the month, we moved into Cherry Hill Park in College Park, MD.It’s a huge, full-featured RV park, but Abbey’s favorite part is the huge area for her to run around. 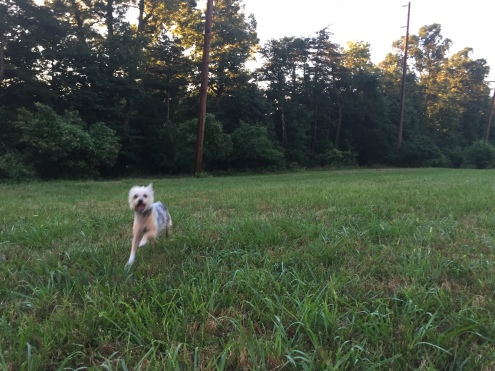 Our DC area days have been a blur of activity.  We went to the Great Falls of the Potomac National Park.  We tooled around Alexandria. 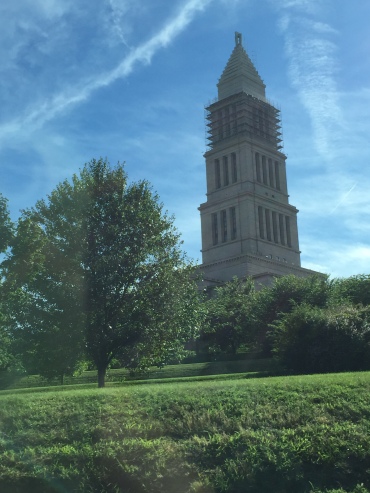 We went to Baltimore with Ted’s family to see a Lithuanian Folk Dance event.

We watched the fireworks on the mall from a restaurant at Washington Harbor with Sigi and Marjorie.

and capped off the evening with a tour of the monuments

We went to a Cal Ripken league baseball game (Bethesda Big Train vs. DC Greys) to see Drew, a friend from California.  It would have been nice to see him pitching, but we got to sit with him as he wielded the radar gun.

We had lovely dinners with Sigi and Marjorie and with Anne and Abe, then Ted flew to California for his 31st annual golf tournament.  While he was gone, I went to visit Bob, my first boss at the Library of Congress, and his wife Joanne.  I had dinner with Robin and Emily, and spent a day with Jane, a good friend from the Congressional Cemetery dog walking days, in Sykesville, MD.

And Abbey got a haircut! 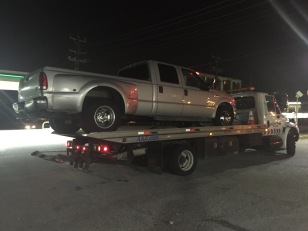 We had a couple mishaps with the truck – getting broken into in Baltimore (we lost our new GPS, the tire monitor, an iPod, and binoculars) and it recently overheated due to a leak in the radiator hose.  AAA towed me to a repair shop that had it running again the next day.

When we knew we’d be in the DC area for a few weeks, we called ahead and set up medical appointments.  I had a raft of tests and follow ups – all seems well.  Following a meeting with an ophthalmologist, Ted has now scheduled cataract surgery for August 11th.  We had assumed that after spending July 19-25 in Massachusetts, we would head west, see family in Michigan, attend my 40th high school reunion in Wisconsin, visit friends in Minneapolis, and then head for South Dakota in early September to see Ted’s family.  Now we need to reassess how we’ll work in the trip back to DC.  We may spend the interval in New England and cut our midwest visits.  We like not having a hard and fast schedule, but it is nice to have a vague plan.  We’ll be working on that.

The best thing about being in the DC area has been seeing so many friends and family! (and I forgot to get pictures of Caroline and Bill, Anne and Abe, Bob and Joanne, and Robin and Emily) 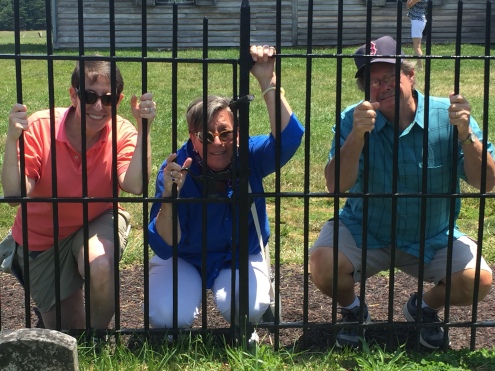 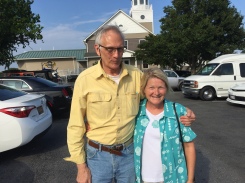 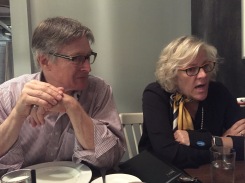 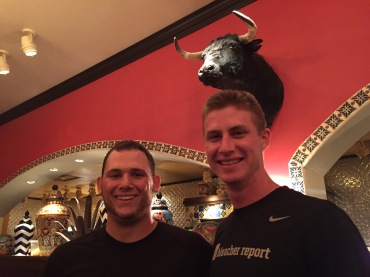 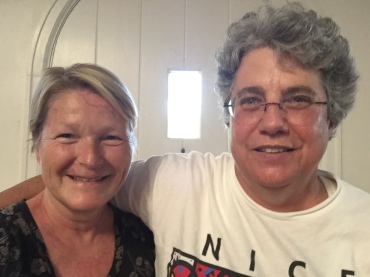