The more we saw, the more we became enthralled with Asheville and the surrounding area.  We got overly enthusiastic and came dangerously close to making an offer on a house in West Asheville, but decided there were too many places yet to explore on our journey and we weren’t ready to give up our carefree life.

Our campsite, while in a rather urban RV park was pretty nice.  It was on the banks of the Swannanoa River and fairly private as far as these things go.  It was in one of the few RV parks that allow campfires.  And a trail along the river opened up on a field with beautiful horses grazing.  There were woodchucks (and three large families of geese that visited nearly every morning).  The office had lovely gardens.  On Tunnel Road, it was right at the entrance to the Blue Ridge Mountain Parkway and offered easy access to downtown Asheville.

We drove down to Bryson City and met with Val and Steve at a charming place for brunch, took the dogs on a hike along a lake, had a beer while watching kayakers on the Nantahala River, and then grilled out at their future home in the mountains.  It’s going to be stunning! 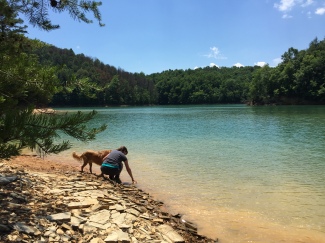 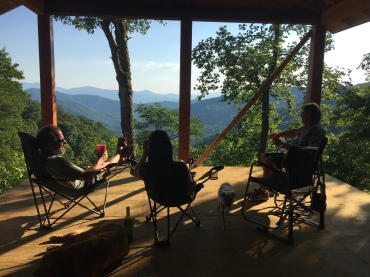 We drove and wandered around Asheville quite a bit.  We had lunch at the Grove Park Inn.  One of my favorite landmarks is the Baptist church dome.  We checked things out from the Sky Bar and sipped IPAs on the deck at the New Belgium Brewery overlooking the French Broad River.  We celebrated our 2nd wedding anniversary at the Corner Kitchen, a fine restaurant in Biltmore Village 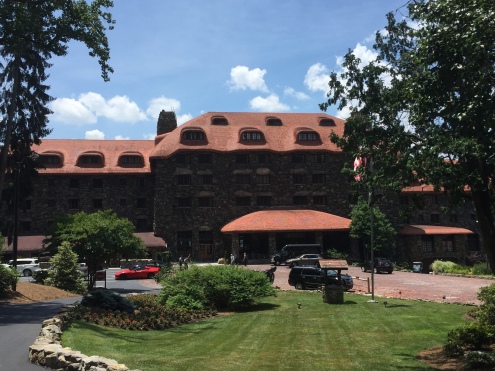 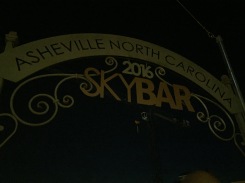 One day we drove down to Cherokee to visit the Smoky Mountains National Park.  We drove in and checked out the Oconaluftee visitors center and took a great hike along the river.  We ducked out for lunch in Cherokee and then came back to make the drive to the highest point in the park.  By the time we got to Newfound Gap it had clouded over and was raining.  No point making the steep hike for views from Clingmans Dome. 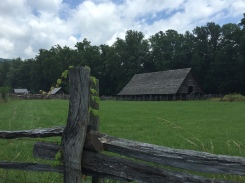 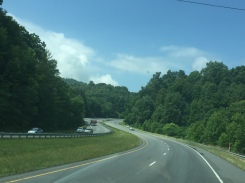 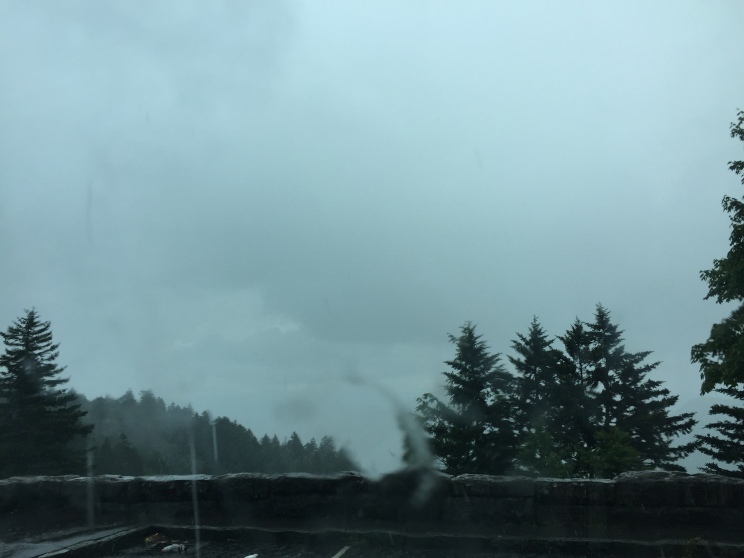 We headed back down and by the time we reached the southern entrance to the Blue Ridge Parkway, it was beautiful again. 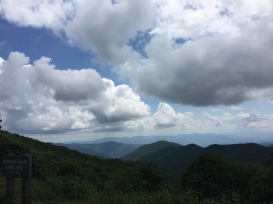 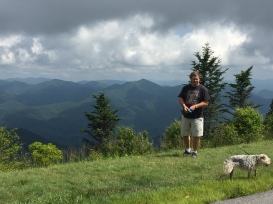 Another day we drove out to Chimney Rock State Park and climbed the trail up the 26-story rock formation for views of Lake Lure and the surrounding mountains. 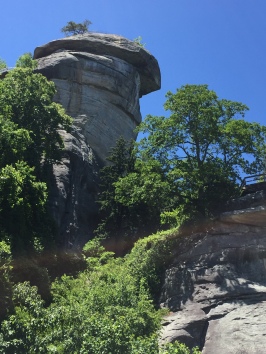 And did I mention flowers? 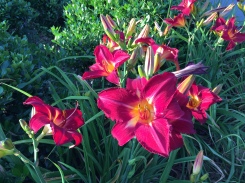