Our view of Georgia is through three very different lenses.  First was Savannah, which I wrote about in a previous post.  Second was Stone Mountain and third was Atlanta’s Turner field.  Not exactly representative, but all quite enjoyable!

We camped at Stone Mountain and enjoyed exploring around this beautiful playground.  The claims to fame here are the largest exposed granite face in the world and the largest bas relief carving in the world.  It features confederate “heroes” Robert E Lee, Stonewall Jackson, and Jeff Davis. 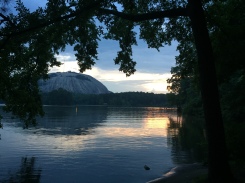 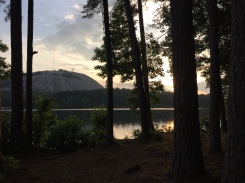 We were glad to have arrived just as all the Memorial Day visitors were leaving.  There were no crowds and we were free to bike, drive, and hike around at our leisure.  We had a beautiful campsite very near the lake. 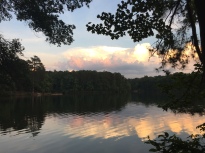 The Sky Lift took us to the top of Stone Mountain where we had great views in all directions. 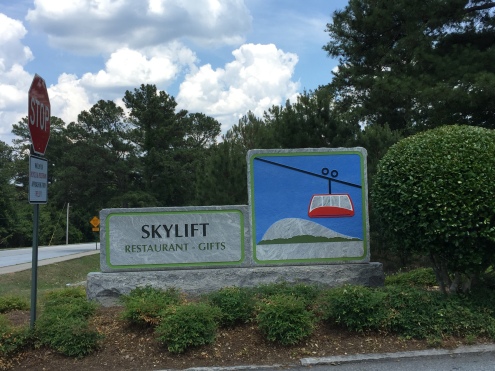 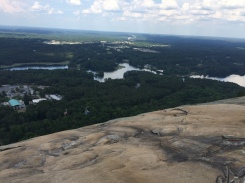 The Giants were in town, so we attended two of their four games with the Braves – we were at the two out of four that they won.  The ballpark is pretty nice and clearly had no trouble accommodating fans, so it’s hard to see why it’s being replaced next year.  [Ted explains it’s part of a larger sequence of events that will result in a better team.]  After one of the games there was a concert with Spokeswood, who were on their way to Bonnaroo. 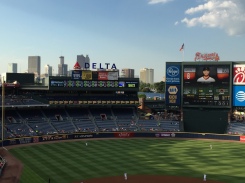 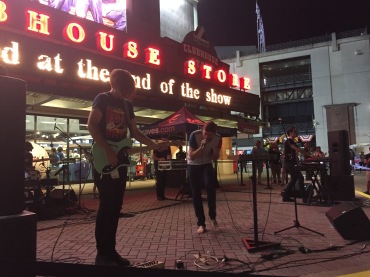 We had views of downtown while driving in and out of Atlanta, but will have to come back again to get to know Atlanta better.