Well, not much of a tale, but the illustrations are nice.

On our way up the Atlantic coast of Florida we stopped in St. Augustine, camping at  Anastasia State Park, which had a lovely campground and beach.  We only had a day, so we took a trolley tour of the oldest city in the US.  Pictured are the oldest house, the Castillo de San Marcos (fort), tree-lined streets, the oldest store, Cathedral Basillica, Flagler Memorial Presbyterian Church, the Lightner Museum at Flagler College, and the lighthouse. 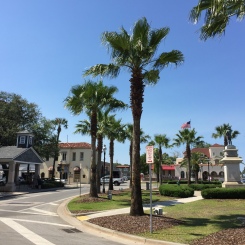 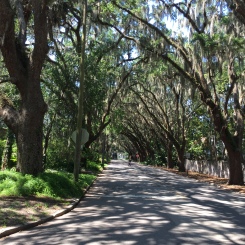 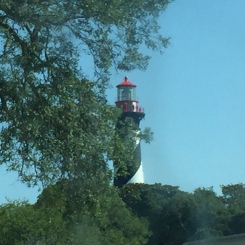 Then we barreled on to South Carolina (more later).  We backtracked for a day trip to Savannah, which just whet our appetites — a return visit is in order.  Included below are the Talmadge Bridge, Independent Presbyterian Church, the Oglethorpe statue, the Mercer Williams House, the Juliette Gordon Low birthplace, the site of the first Girl Scout meeting, the Pirates’ House, Chippewa Square with Ted sitting on what would have been the Forest Gump bench (if people didn’t keep stealing it), Tybee Island beach, a view over the salt marsh near Fort Pulaski, and the band we went back to see at Bay Street Blues. 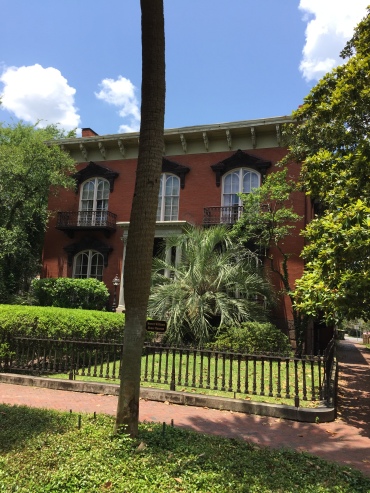 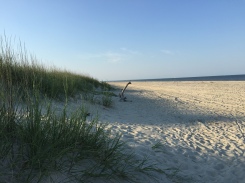 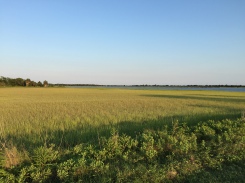 A fun day, and one that Abbey was happy to spend in doggy day care.